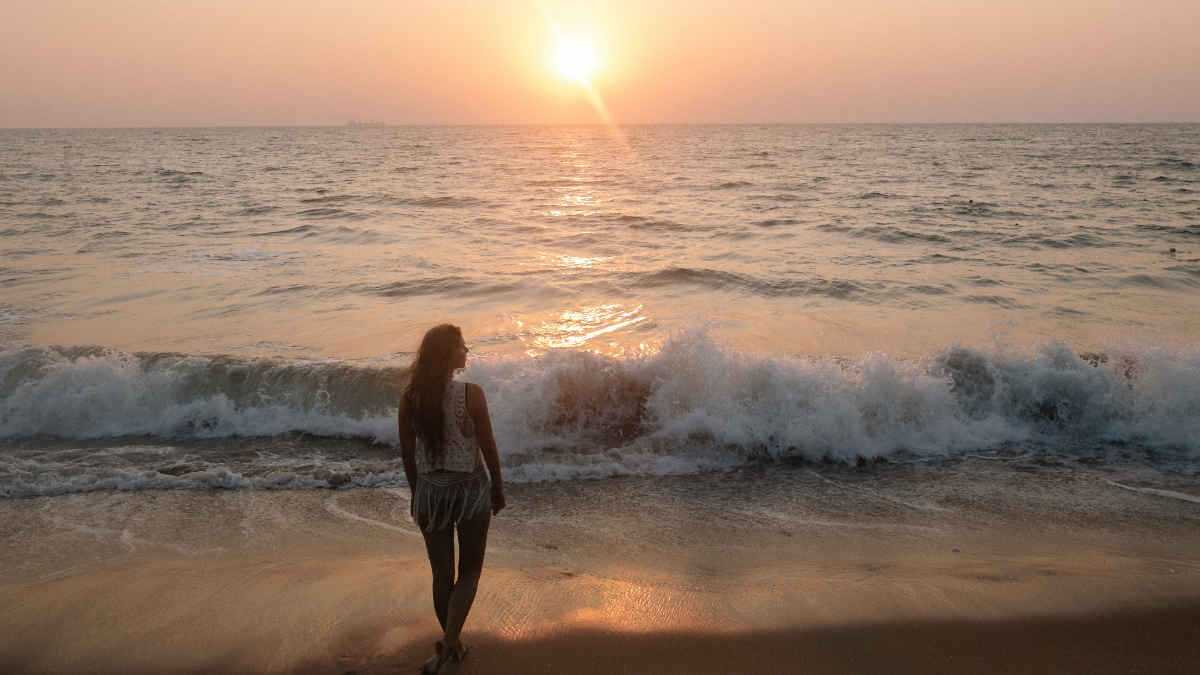 In this blog Jen shares her story of drinking and how she freed herself from alcohol.

I grew up in South Africa where it’s common to start drinking young. The first time I got drunk I was 13. It was with a group of girlfriends. We’d each done that thing where you take an empty bottle and fill it with undetectable amounts of an array of bottles from your parent’s liquor cabinet. God, it tasted awful. But the taste was beside the point – we were after the effect. An effect I found I loved.

I was quite the party girl throughout my teens and in my twenties. During those years I didn’t drink every night and I never drank alone. It was always social binge drinking, which was the norm in my circles.

Blackouts were a feature of my drinking from pretty early on, but they didn’t happen every time I drank, and I honestly thought that everyone who drank got “memory loss” as I called it, after a big night.

I never considered that my drinking was problematic. I was kicking goals in my studies and in my career. I never had a run in with the law. No one ever pulled me aside to have a quiet word with me about my drinking.

The turning point in my drinking came after the birth of my first son. I had a traumatic birth experience and my whole inner world changed, practically overnight.

I went from being a happy, positive, bubbly person to someone suffering from Post Traumatic Stress Disorder, Post Natal Depression, anxiety, panic attacks – you name it. Juggling my deteriorating mental health while desperately trying to adjust to motherhood was very nearly too much for me to handle. That’s when my relationship with alcohol morphed from social lubrication to self-medication.

I became a nightly drinker and even though I was only having one, sometimes two, glasses of wine, well timed so I could breastfeed, even then I worried about how much I looked forward to wine-time and how desperately I wanted to carry on after the glass was empty.

Having a night off from drinking became unthinkable. Because at that point alcohol felt like my only escape and the only thing that was helping me.

The guilt I felt as a mum for wanting, actually let me rephrase that – NEEDING – to escape, was suffocating, which just made wine-time all the more appealing.

Once I finished breastfeeding my kids, those one or two glasses of wine a night quickly escalated. Now that I didn’t have that handbrake slowing me down, I could drink as much as I liked. Two glasses turned to three. Three turned to four.

A good night for me was half a bottle of wine (I could never seem to manage less than that). A bad night during the week was a full bottle and an average night was ¾ of a bottle. On the weekend, anything went. I would easily drink a bottle of wine, maybe a bottle and a half and if we went out – add to that cocktails, shots and whatever else I could get my hands on.

I never drank before 5pm, but I thought about alcohol all damn day. I was a successful lawyer, excelling at work but falling apart at home. I was also re-qualifying as an Aussie solicitor and was coming first in my class of over 300 students. What no one knew was that I couldn’t even manage to take a night off from wine the night before a massive exam. My marriage was good. But I felt like a shit wife. I still met all my responsibilities as a mum. But I knew I wasn’t showing up as the best version of myself for my kids.

Even though there were zero signs of a drinking problem to the outside world. I wasn’t happy with the way I was living my life and I knew alcohol was contributing to that dissatisfaction in a big way.

Playing on my mind was the fact that my grandfather died from drinking in his 50s. I saw how quickly the amount I was drinking was escalating and I started to wonder, if I’m drinking this much now and don’t do anything about it, how much will I be drinking in my 40s, 50s, 60s? Will I even make it to my 60s?

And despite trying ALL THE THINGS, I couldn’t seem to shake the mental health issues I was battling after the birth of my first son. The only thing I was yet to try, but was completely terrified to attempt, was giving up alcohol completely.

Even though I felt like I’d rather be dead than caught at AA, through a series of synchronicities, I found myself there. I spent six months sober in AA and while I learnt a lot through the meetings and the 12-step program, sobriety (for me) in AA was miserable.

I had started to taste the benefits of sobriety, particularly in relation to my mental health, but I didn’t want to be sober LIKE THAT. Having to associate myself with a stigmatized label, regularly attending meetings, diagnosing myself with a chronic relapsing disease that’s waiting for me in the parking lot doing push ups. I wanted to free myself from alcohol and move the hell on with my beautiful life…

I was a lawyer at the time, and legal research was my jam. I thought – why not put these research skills to work and educate myself on all things alcohol, problem-drinking, overcoming drinking problems and personal development? I knew there had to be a better way for a grey-area drinker like me than AA, I just had to find it. So that’s what I did.

I found brilliant people like Annie Grace, William Porter, Craig Beck, Allen Carr and Jason Vale. These authors helped me unpick all the untrue beliefs I had about alcohol being beneficial in my life. And once I didn’t see any benefit to drinking alcohol, I lost the desire to drink the stuff… Halle-frikken-luljah!

I delved deep into neuroscience, learning about neuroplasticity and how habitual problem drinking rewires our brain. This allowed me to understand that if I’m not able to moderate now, I’ll never be able to moderate in the future. This knowledge allowed me to accept, on a visceral level, that alcohol is something I just can’t mess with anymore, which made abstinence a lot easier to accept.

I scoured the different programs of recovery and cherry picked the tools, techniques and strategies that I thought would help me with cravings and how to support myself holistically in sobriety.

I found the best personal development exercises in the business to consciously create a life I love and don’t want to escape from anymore.

As you can imagine, I was more than just a little excited as my life transformed. I knew I was on to something and started sharing my journey on social media, hoping that what I’d learnt could help others too.

This led me to coaching others with amazing results and deciding to enrol in the Beautiful You Life Coaching course to become a qualified life coach specialising in sobriety coaching. This is where I met Lucy. With so much in common (even our sobriety dates are only a month apart!), we instantly clicked. We each held almost identical visions for how we want to help other women navigate the transition from drinking to sobriety, and to help them to not only survive but THRIVE in their beautiful sober lives.

Together, we used our collective experience and wisdom to create Thrivalist. The course we each wish we’d been able to take at the start of our own quitting journeys.

Confused what is the difference? We're here to hel