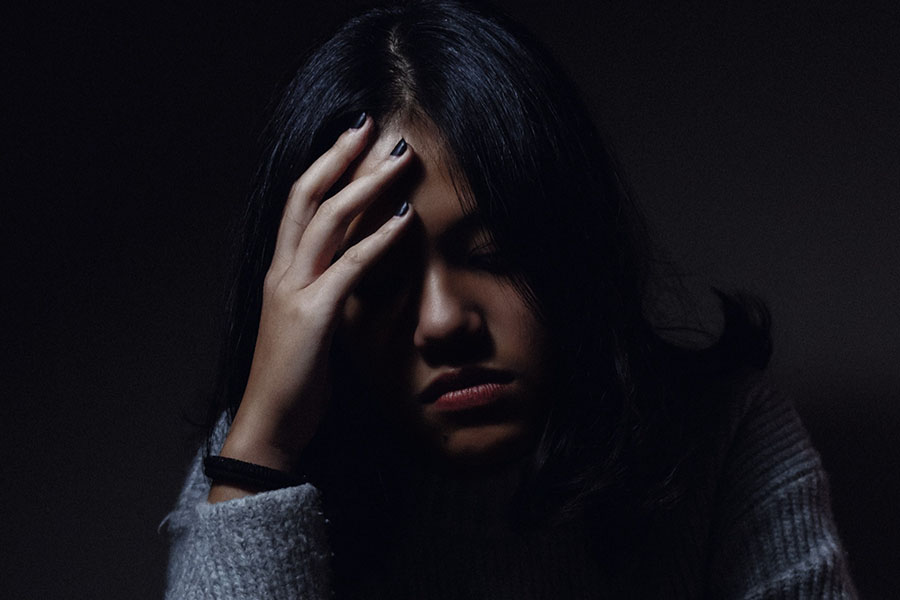 In this blog Jen shares four reasons why it’s harder for a grey-area drinker to quit drinking and stay stopped than it is for someone who has hit a dramatic rock bottom.

I consume a lot of recovery material. I read all the Quit Lit, I listen to a tonne of recovery podcasts, and I watch every documentary related to the subject that I can get my hands on. And while I’m thrilled that there is so much great content out there, what frustrates me is that most of it deals with late or end stage alcohol addiction.

Now, I get that stories of dramatic rock bottoms make for gripping material. But by representing alcohol addiction by lives that have spiralled out of control, people who get the shakes, and who drink in the morning, I believe it perpetuates the hopeless alcoholic stereotype. A stereotype which grey-area drinkers simply can’t relate to.

Grey-area drinkers are those people in the earlier stages of problem drinking. They are the ones abusing alcohol (by binge drinking or leaning on alcohol too heavily during a rough patch), or those in the earlier stages of problematic use. Often, their loved ones aren’t concerned about their drinking. They are high functioning individuals who are meeting all their responsibilities. They excel at work, take their kids to soccer practice, hit the gym, and host book club. They haven’t noticeably lost anything due to their drinking. But in those moments of stillness, they are quietly concerned about it.

Below are four reasons why it’s harder for grey-area drinkers to quit drinking for good.

As a grey-area drinker, when you compare your experiences to those depicted in the average recovery memoir, podcast or documentary, you’re essentially being told that that (the low bottom experience) is what a drinking problem looks like. Your experience doesn’t look anything like that, and using this logic, you conclude that you can’t have a drinking problem. Or at least not a real problem.

So when that quiet internal voice tells you that you need to quit drinking, you’re not entirely convinced. Because you only quit drinking if you need to, and you only need to if you have a problem… Right?

Well, no. That’s not at all right, but it’s a common misconception that many drinkers have.

Thinking that you need to have a real drinking problem to justify quitting makes it very difficult for grey-area drinkers to make the decision to quit. You feel like quitting completely is too extreme, and your best option is to moderate. But what you might not know is that often, trying to moderate can be harder than quitting.

Another thing you may not be aware of is that Alcohol Use Disorder (AUD), the clinical diagnosis given to problem drinkers, consists of a spectrum ranging from mild to severe. A spectrum along which many grey-area drinkers sit.

2. It’s hard to stay stopped because you convince yourself that your drinking wasn’t that bad – and you may be right

If someone has been to jail, or lost their job, or their relationship, or custody of their kids due to their drinking, these painful experiences can be really helpful for maintaining sobriety.

When you quit drinking as a grey-area drinker, you often don’t have dramatic rock bottom experiences fueling your motivation to remain alcohol-free. You’re not on thin ice with your employer or the law. Your kids are still in your custody. Your marriage may still be intact. Your life often appears completely normal.

So when you’ve been off the booze for a few days or weeks, it’s easy to convince yourself that your drinking wasn’t ‘that bad’ and that you should drink again. And maybe it wasn’t that bad. Maybe you didn’t drink every night. Maybe you never drank to blackout. And maybe the only person concerned about your drinking is you.

When these things are true, it’s easy to fall into the trap of thinking: ‘I’ve been too extreme in quitting completely. Everyone drinks. It’s normal to have wine at night! So ‘n so drinks waaay more than I do.’ And this thinking leads you back to drinking.

Surely, if you were happy with your life as it was, you wouldn’t have made the decision that booze needed to go?

3. People aren’t supportive of your decision

When someone who has burnt their life to the ground through drinking quits alcohol, their loved ones are generally supportive of their choice. They understand it and are relieved. They recognise that quitting was necessary, so they don’t give that person any shit about their decision to stop.

A grey-area drinker’s decision to quit is often met with the opposite response. ‘But you don’t have a problem!’, ‘That’s extreme, why don’t you just cut back a bit?’, ‘Ah, come on, you can have one, can’t you?’, ‘Go on, live a little’, ‘Don’t be boring’ and so on.

This lack of support can make it difficult to remain alcohol-free. If you’re not completely committed to your decision not to drink, it’s likely that your arm will be twisted at some point.

This is why it’s essential that you make a rock-solid decision to quit, even if you don’t plan on being alcohol-free forever. This way, you’ve made up your mind and there’s none of the ‘will I, won’t I?’ debate.

4. You don’t think you need support

Arguably, drinkers with low rock bottom stories are more likely to recognise that they have a real problem and need help to overcome it. They generally go to rehab, and often continue to receive support through recovery meetings.

As a grey-area drinker, you’re more likely to think that you don’t need support. Why would you need support for something that isn’t much of a problem? Rehab seems way too extreme and you wouldn’t be caught dead at AA. So you soldier on, believing that you can make this massive lifestyle change on your own.

Going alcohol-free is a journey made much easier through support and connection with like-minded people. You don’t have to go to rehab or AA if those options don’t resonate with you. Besides Thrivalist, there are tonnes of communities out there waiting to support your alcohol-free journey. From private Facebook groups, Instagram accounts, other sobriety and mindful drinking programs, to traditional recovery meetings, and sober meet-ups, your tribe is out there!

While being a grey-area drinker makes quitting harder in some ways, it also makes it a lot easier in others. AUD is a spectrum and problem drinking tends to be progressive. This means that the earlier in your drinking journey you choose to get off the slippery slope, the milder the negative consequences and the easier it is from a physical and emotional perspective.

If that quiet but persistent voice inside you is encouraging you to quit, don’t be afraid of stepping away from the herd to honour yourself. Even if your drinking isn’t that bad!

Our Alcohol-Free Workplace Workshops will support