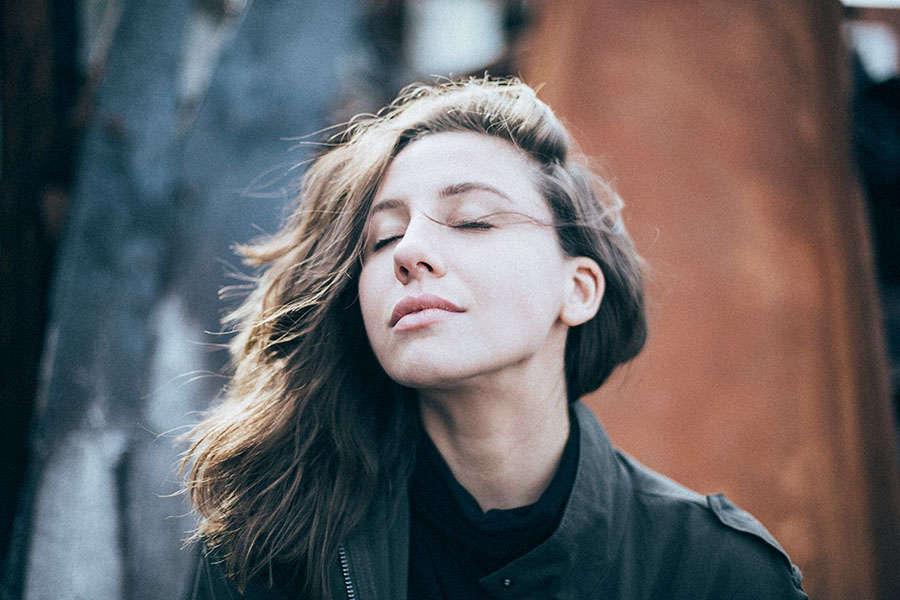 Why asking “Am I an alcoholic?” isn’t helpful.

Grappling with the question ‘Am I an alcoholic?’ keeps many of us drinking long past alcohol’s expiry date in our lives.

You find yourself drinking more than you’d like, struggling to cut down and quietly wondering if you have a problem. You think about what a drinking problem looks like and the stereotypical alcoholic comes to mind. Unemployed, desperate and alone, spirits straight out the bottle, drinking every waking minute.

You don’t look like that. And if alcoholics are the ones with the drinking problems and you’re not one of them, then surely that means you don’t have a problem? You must be fine, right?

But you don’t feel fine.

I didn’t feel fine. At best, when I wasn’t drinking, I felt on edge with a dull sense of dread in the pit of my stomach. At worst, suicidal. The only time I felt any semblance of fine was when Sauvignon Blanc was coursing through my veins. I knew I shouldn’t need alcohol to feel fine – something was definitely off.

But when I compared my drinking and my life to what I thought an alcoholic looked like, I couldn’t reconcile it. In my mind, alcoholics were old. I was 32. Their bodies were malnourished and falling apart. I was hitting F45 four times a week. They had lost the people they love. I had my husband and kids right beside me. They were down and out. I owned my own home and was a successful lawyer. They were unreliable. I never missed a day of work. They didn’t achieve things. I’d just been awarded the top mark in a class of over 300 students in a property law course.

What I wish I knew then, and what I want every person questioning their drinking to know now, is that drinking isn’t black and white. It’s not alcoholics and normal drinkers with no grey-area in between. Alcohol Use Disorder (AUD), the medical diagnosis given to problem drinkers, consists of three sub-classifications: mild, moderate and severe, meaning that problem drinkers sit on a spectrum. A spectrum that includes a massive grey-area in which many “normal” drinkers sit.

The stats show that 90% of people who meet the diagnosis for an AUD don’t get formally diagnosed and don’t reach out for help. This means there are a heck of a lot of people with drinking problems masquerading as normal drinkers.

It breaks my heart to know there are so many people suffering silently, continuing to drink themselves further along the spectrum because of the stigma and shame associated with admitting they may have “a problem”. I blame Big Alcohol – apparently the third largest industry in the world after firearms and pharmaceuticals.

Big Alcohol tells us to “Drink Responsibly”, conditioning us to believe that the onus falls on us to drink in a way that isn’t irresponsible, and if we can’t achieve that, it’s our fault. The drinker is the problem. Not the drink.

But the reality is that alcohol is a dangerous and addictive drug, the consumption of which has been carefully normalised by Big Alcohol for the sole purpose of profit. And as anyone who’s delved into the neuroscience of addiction knows, the drink is the problem – not the drinker.

What I want you to know is that you don’t have to look, smell or feel like an alcoholic to have a drinking problem. Drinking problems look different on different people. For some, it’s the non-negotiable need to get shit-faced every Friday night. For others it’s the ritual of drinking a little too much good wine every evening. Some people with drinking problems regularly get messy-drunk. Others have tolerances so high they can drink others under the table while keeping their shit neatly together.

The way I like to think of it is that if alcohol is something you’re trying to fix, by definition then, it’s become a problem for you. If you want a bit more direction, we’ve written about drinking red flags to watch out for here.

Most people hold on to alcohol because they can’t imagine life without it and they believe that sobriety is miserable deprivation. Again, thanks to Big Alcohol. But what most people don’t know is that if they quit drinking in a supported and empowered way, including mindset change, education and tools, they have the opportunity to be happier and healthier in sobriety than they ever would be while drinking.

If you’re wondering if your life would be better without alcohol, the awesome thing is you can try sobriety on for size. You don’t have to commit to being sober forever. You can do a 30, 60 or 90-day experiment and see for yourself if your life improves without alcohol in it. If it doesn’t, you can always go back to drinking. But if you quit with us, we’re pretty sure you won’t want to!

Confused what is the difference? We're here to hel